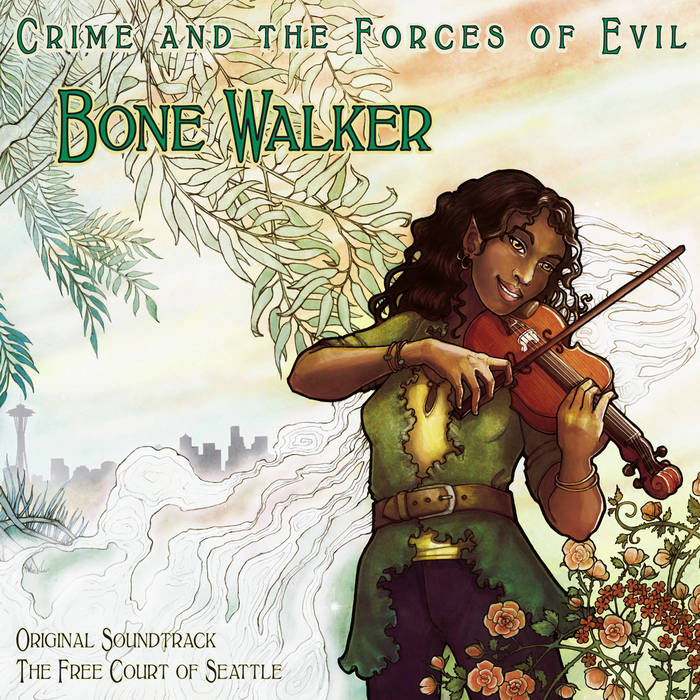 This is the canonical "...things got out of hand" project. Sure, Bone Walker is a soundtrack album, made for the Free Court of Seattle fantasy novel series. But that leaves a wildly misleading impression. It's no accessory, no side-merch, no dip into the cash till - it's a standalone music project in every sense of the word, one that took over our world for two years. People have been after us a long time to do an instrumental and/or a folk(ish) music album, but one in our particular and distinctive high-energy style - and this quite unexpectedly became that album.

Ironically, Bone Walker was envisioned as a quick project. It was something to do for fun between gigs, it'd take maybe six months, involve a lot of live-in-studio and maybe live-in-concert tracks, and be a really cool and overachieving Kickstarter stretch goal reward. But, as they say, that trick never works, and it didn't work here.

We put so much into it. Sure, it's coming out later than we planned, and some of that involves things like eye surgery. But we brought in guests like Alexander James Adams, and Sunnie Larsen of Bone Poets Orchestra, and Sarah Kellington of Pinniped, and Ellen Eades and Klopfenpop and Leannan Sidhe. We stacked layers of orchestration onto the instrumental tracks, and invented a new mixing technology that does something so apparently impossible people don't believe us until we show them. We built a custom microphone and amp out of aluminium and copper and steel and magnets and insanity because the fiddles needed - no, deserved - it.

We also went way, way over budget, and there is no way we are apologising for that.

We were pushed, hard, and we pushed back. The result is an album we listen to and go, "...how did we do this?" People ask how we got a sound this big in a studio this small. We tell them not to get so hung up on technical details and just enjoy the music, because really, that's what all this is about. Struggles and inventions and genre-bending and writing new "trad" to join Japanese to Scottish folk in the same tune and surgery and stacked choral bricks and hammer dulcimers that sound like orchestral strings and 4am editing sessions and Memphis mastering engineers saying "the musicality on this is AMAZING" aren't what matter.

You can also buy the physical books here, on our merch page:

And the digital versions can be found with all major ebook sellers.


Music by Dara Korra'ti/Crime and the Forces of Evil except for: